His most recent book, Outbreak: Foodborne Illness and the Struggle for Food Safety (University of Chicago Press 2019) analyzes the complex interaction of government regulation, industry supply-chain management, and civil liability in the U.S. food safety system. His previous book, Kosher: Private Regulation in the Age of Industrial Food (Harvard University Press 2013), examines kosher food certification as a model of private regulation in the food industry, and the book explores the implications of this model for consumer protection more generally. His food policy research also covers obesity, nutrition labeling, and school food.

Lytton has a longstanding interest in the public policy implications of tort litigation. He has explored this subject through case studies of contemporary issues such as clergy sexual abuse and gun violence. His book Holding Bishops Accountable: How Lawsuits Helped the Catholic Church Confront Clergy Sexual Abuse (Harvard University Press 2008) examines how private lawsuits shape public policy. An earlier edited volume, Suing the Gun Industry: A Battle at the Crossroads of Gun Control and Mass Torts (University of Michigan Press 2005), analyzes tort litigation aimed at reducing gun violence. He has also published articles on the impact of civil lawsuits on climate change.

Lytton has published several articles and book chapters on rabbinic law and jurisprudence, and is co-author of Jurisprudence, Cases and Materials: An Introduction to the Philosophy of Law and Its Applications (Lexis Publishing 3d ed. 2015).

His work has appeared in the Texas, Virginia, Cornell, Northwestern, and Wisconsin law reviews; the Journal of Law, Medicine & Ethics, the American Journal of Law & Medicine, and Public Health Nutrition; popular magazines such as Newsweek, The New Republic, and US News and World Report; and online publications including the Huffington Post and Salon.

Lytton joined Georgia State University College of Law in 2015. He taught previously for 15 years at Albany Law School, where he was the Albert & Angela Farone Distinguished Professor of Law. He has been a fellow in the Harvard Program on Ethics and the Professions as well as the Hartman Institute for Advanced Jewish Studies in Jerusalem. He has done conflict resolution work in Central America and the Middle East.

In 2018, Lytton was elected to membership in the American Law Institute.

Suing The Gun Industry: A Battle at The Crossroads of Gun Control and Mass Torts

Introduction, An Overview of Lawsuits Against the Gun Industry

Chapter 6, The NRA, the Brady Campaign, and the Politics of Gun Litigation

Chapter 10, The Complementary Role of Tort Litigation in Regulating the Gun Industry

There is More to Transparency than Meets the Eye: The Impact of Mandatory Disclosure Laws Aimed at Promoting Breastfeeding, 40 American Journal of Law & Medicine (2014) (with Barbara Dennison, Trang Nguyen, and Janine Jurkowski)

Jewish Foodways and Religious Self-Governance in America: The Failure of Communal Kashrut Regulation and the Rise of Private Kosher Certification, 104 Jewish Quarterly Review 38 (2014)

Due Process and Legal Authority in the Garden of Eden: Jurisprudence in Aggadic Midrash, 16 Jewish Law Annual 185 (2006)

“Shall Not the Judge of the World Do Justice?”: Accountability, Compassion, and Judicial Authority in the Biblical Story of Sodom and Gomorrah, 17 Journal of Law and Religion 31 (2002)

There is More to Mandatory Disclosure than Meets the Eye, RegBlog (online) (October 27, 2014)

Markets and Morality: Kosher Certification as a Model for Eco-labeling, Looking Forward (January 2014), 3

Is That Kosher? Private Sector Food Safety Auditors Can Use the Success of Kosher Certification as a Model, The American Interest (September/October 2013), 64

Chopped Herring and the Making of the American Kosher Certification System, Jewish Review of Books (Spring 2013), 5 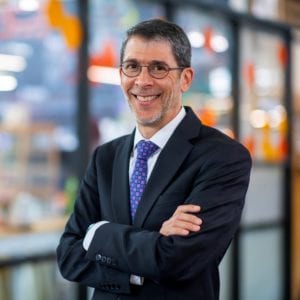