Tiffany Williams Roberts is a 2008 graduate with pro bono distinction of Georgia State University College of Law, where she served as the president of the Black Law Students Association, an Urban Fellow for the Center for the Comparative Study of Metropolitan Growth, and pupil of the Bleckley Inn of Court. Roberts also received the American Law Institute-American Bar Association Scholarship, Gate City Bar Association Hall of Fame Scholarship and Georgia Association of Black Women Attorneys Foundation Scholarship as a law student.

In 2008, Roberts presented at the International Forum on Legal Education on her research in Durban, South Africa, on the value of mandatory clinical experience to law students. Also in 2008, she published a student note in the Tennessee Journal of Law and Policy based on her research abroad funded by the Study Space Fellowship at the Center for the Comparative Study of Metropolitan Growth, “The Ties That Bind: Capitalizing on the Existing Social Fabric in Public Housing to Revitalize Neighborhoods and Avoid Displacement in Panama City, Panama.”

In 2010, Roberts was appointed by Atlanta Mayor Kasim Reed to sit on a community panel for the selection of the city’s next police chief. Her appointment was based on her leadership role in a local community safety organization. She presently volunteers with several organizations that promote justice, fairness and equity in the criminal justice system.

Roberts served as the deputy director of the National Institute for Teaching Ethics and Professionalism. She also operates a solo law practice after over two years of practicing felony indigent defense at the Office of the Public Defender, Atlanta Judicial Circuit. Roberts has an interest in clinical legal education and legal ethics and professionalism, particularly as applied in the criminal justice setting. 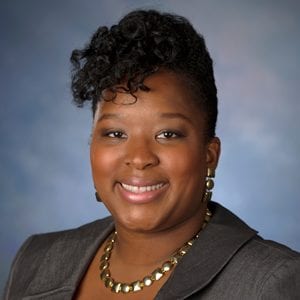