Professor Smelcer also conducts research on judicial decision-making, with a particular emphasis on how judges use non-majority opinions to influence the law. Her dissertation uses game theory and quantitative analysis to examine how dissenting opinions in the U.S. Supreme Court have evolved over time and the conditions under which they influence legal change. Professor Smelcer’s work has been published in the Cornell Law Review, N.Y.U. Law Review, Judicature, Political Research Quarterly, PS: Political Science and Politics, and Studies in American Political Development.

Prior to joining the faculty at the Georgia State University College of Law, Professor Smelcer practiced antitrust law in Washington, DC, where she focused on antitrust class action litigation. Before joining private practice, Professor Smelcer was an Analyst on the Federal Judiciary at the Congressional Research Service (CRS) in the Library of Congress. In this role, she researched issues in response to confidential inquiries from members of Congress relating to the operation of the federal courts. Professor Smelcer also authored and co-authored several reports examining the judicial appointment process, court administration, and judicial impeachment. During her tenure at CRS, Professor Smelcer was detailed to the Senate Impeachment Trial Committee to assist with and advise on a judicial impeachment trial.

Professor Smelcer received her J.D. from the New York University School of Law, where she was awarded the Vanderbilt Medal for outstanding service to the law school, the Betty Bock Prize in Competition Policy, and the Law and Economics Prize. In law school, she served as the Senior Online Editor of the N.Y.U. Law Review. Professor Smelcer also earned an M.A. and Ph.D. in political science from Emory University, where she focused on American political institutions, public policy processes, game theory, and quantitative methodology. Professor Smelcer holds a B.A., with distinction and highest honors, from the University of North Carolina, Chapel Hill in political science. 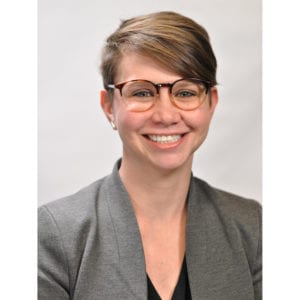