Ryan Rowberry, professor of law, is the co-director for the Center for the Comparative Study of Metropolitan Growth at the Georgia State University College of Law. Rowberry teaches Property Law, Natural Resources Law, Environmental Law and Anglo-American Legal History. His research focuses on contemporary legal issues involving cultural and historic resources, and on the medieval common law judiciary.

Rowberry’s articles have appeared in numerous domestic and international law journals, with some articles being translated into Spanish, Turkish and Polish. He also is the co-author of two books: Historic Preservation Law in a Nutshell, a groundbreaking resource that provides the first in-depth summary of historic preservation law within its local, state, tribal, federal and international contexts; and Land Use Planning and Development Law, one of the leading land use treatises in the United States.

Rowberry was selected as a Fulbright scholar to Denmark (2018), where he studied legal frameworks for protecting coastal cultural heritage in the era of climate change. He was also tapped by the Organization of American States (a regional organization of 35 independent countries in the Americas) to assist 13 Caribbean nations with reforming their cultural heritage laws.

Rowberry graduated from Harvard Law School, where he was an Islamic Legal Studies Fellow, a Cravath International Fellow, and received the Irving Oberman Award in Legal History. Following graduation, he practiced environmental and natural resources law at HoganLovells in Washington, DC. Before joining the College of Law, Rowberry was a U.S. Supreme Court Fellow, during which he collaborated with foreign judges and academics on judicial independence and rule-of-law matters.

Prior to attending law school, Rowberry worked as a historian and an educator. He transcribed and collated all extant medieval manuscripts for three of Chaucer’s Canterbury Tales. He also taught seventh grade at a charter school and lectured in English and History at Peking University in Beijing, China. He holds a B.A. in English from Brigham Young University and was selected as a Rhodes Scholar (1999). At Oxford University, he earned a M.Sc. in comparative education policy and a M.St. in medieval British history. 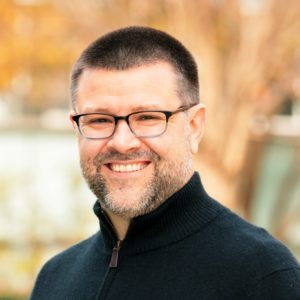