Professor Rameau is a leading practitioner with over 20 years of experience in international arbitration, investor-state treaty-based dispute, cross border disputes, white collar defense investigations (FCPA, UK Bribery Act and French anti-corruption laws. Professor Rameau is trained in civil and common law traditions. She has advised and represented sovereign states and companies on international disputes resolution and international law. She has been appointed by investor and sovereign state as sole arbitrator, co-arbitrator and president of tribunals in disputes concerning African states and foreign investors.

Before joining Georgia State University College of Law, she managed RAMEAU INTERNATIONAL LAW, a boutique firm specializing in public international law and white-collar defense investigations. In October 2020, she obtained complete victory for the Federation of Nigeria in an oil and gas dispute for a three billion dollar claim involving expropriation allegations of the investments of an American company with Italian shareholders.

Rameau is a former assistant public defender for the Thirteenth Judicial Circuit in Tampa, Fla. She has clerked for judges and justices in the United States and abroad. Professor Rameau was a Fulbright Scholar at the University of Ghana School of Law from 2014 to 2016,  She utilized her international relations experience to represent and promote U.S. cultural exchange in Africa. Her Fulbright research entitled “Class Action Arbitration: The effective solution for Resolving Human Rights Violations Related to Oil and Gas Industry,”  allowed her to research Ghana’s state responsibility in the management of its natural resources vis-à-vis and the rights of indigenous people when signing concession agreements with investors. Prior to becoming a Fulbright Scholar in Ghana, she managed her own practice in Paris, France. Professor Rameau has held academic positions at the Université Panthéon Assas (Paris II) and Université Paris Est Créteil (Paris12).

In November 2021, she was appointed ABA advisor to the Uniform Law Commission Study Committee on the Singapore Convention on Mediation. She was the vice-chair of the Africa Committee and the International Energy and Natural Resources Committee of the ABA International Law Section for four years.  Professor Rameau previously served as a board member of ArbitralWomen, a non-profit organization that promotes women in international arbitration, for two years. Now she is a member of its Advisory Council. She is also a fellow of the Chartered Institute of Arbitrators in the UK as well as member of the International Arbitration Institute (IAI), in Paris, France.

“The Pan-African Investment Code as a Model for Negotiation on the Investment Protocol to the
Agreement Establishing the African Continental Free Trade Area” (TDM, ISSN 1875-4120)
March 2021, www.transnational-dispute-management.com.

“The Battle Between Consent and The Principle of Competence-Competence in Investment
Arbitration, what can we learn from BG Group plc. v. Argentina?” 28 U. Ghana L.J. 84 (2015)

“Ethics in International Arbitration: Can International Institutions Resolve a Universal Code of
Conduct for all Participants in the Proceeding?” February 2021, JURIST Legal News & Commentary 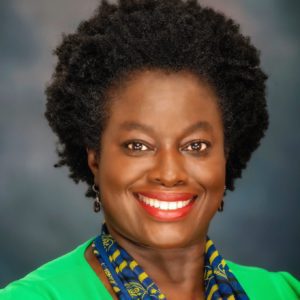