While with the U.S. Attorney’s Office in Atlanta, Hendrix specialized in white collar prosecutions. He served as associate independent counsel in the investigation of the Department of Housing and Urban Development in 1992-93.

Hendrix concentrates his civil practice in the representation of victims of professional, personal, and corporate negligence. The current emphasis of his practice is wrongful death, whistleblower claims and serious personal injury litigation.

In addition to his civil practice, Hendrix represents and defends businesspersons accused of or under investigation for alleged violations of federal law. As a part of his white collar defense practice, he has represented numerous corporate and professional executives in federal courts throughout the United States. 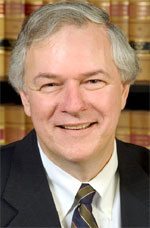