Paul A. Lombardo, Regents’ Professor and Bobby Lee Cook Professor of Law, is a lawyer/historian who served from 2011-2016 as a senior advisor to the Presidential Commission for the Study of Bioethical Issues, where he participated in studies such as “Ethically Impossible”: STD Research in Guatemala from 1946-1948 (2011). He is an elected member of the American Law Institute, a Fellow of the American Bar Foundation, and has taught, lectured and done research at dozens of universities in the United States and in Italy, Russia, Pakistan, India, Austria, the Netherlands, England, and Canada.

Lombardo has published extensively on topics in health law, medico-legal history, and bioethics and is best known for his work on the legal history of the American eugenics movement. His books include: Three Generations, No Imbeciles: Eugenics, the Supreme Court and Buck v. Bell (2008) and A Century of Eugenics in America: From the Indiana Experiment to the Human Genome Era (2011).

His work has been cited and his interviews quoted in every major American newspaper and on TV and radio by the BBC, USA Today, NPR, CBS Evening News, Anderson Cooper 360, and AlJazeera: English.

Lombardo has served on the Council of the American Association for the History of Medicine; he recently completed a term on the board of directors of the American Society for Bioethics and Humanities.

Lombardo advised the Cold Spring Harbor (N.Y.) Laboratory panel that assembled the digital Image Archive on American Eugenics Movement, and was a consultant and interview subject for DNA Interactive: Chronicle, a website that explores the history of eugenics alongside the history of genetics. He was also a contributor and consultant for the U.S. Memorial Holocaust Museum exhibit, Deadly Medicine: Creating the Master Race.

In 2002, he sponsored an historical marker correcting the record concerning the Supreme Court’s infamous decision in the 1927 eugenical sterilization case of Buck v. Bell. His advocacy for state governmental repudiation of past eugenic policies prompted official apologies in seven states. In 2016, he sponsored the Carrie Buck Memorial Study Room at Georgia State Law. The Buck Memorial is the first and only permanent space memorializing the history of eugenics in any law school.

Lombardo has been a historical consultant for several films, including The Lynchburg Story (Discovery Channel, 1993), Race: the Power of an Illusion Part I, The Difference Between Us (PBS, April 2003), and The Golden Door (presented by Martin Scorsese/ Miramax, 2006) a feature film that explored the impact of eugenic screening on early 20th century immigrants at Ellis Island. Most recently he has been featured in several documentaries on the history of eugenics, including: The Hidden History of Eugenics (Australia, 2016), Law and Justice (Korea, 2014), Eugenetica negli Stati Uniti (Switzerland, 2013), Hygiene Raciale (France, 2012), and The Jukes — Bad Blood or Bad Science (BBC, 2011). He has recently been a featured commentator on PBS American Experience: The Eugenics Crusade, NPR Hidden Brain: Emma, Carrie, Vivian: How A Family Became A Test Case For Forced Sterilizations and NPR Radiolab: Unfit.

He joined the Georgia State Law faculty in 2006. As a member of the Center for Law, Health & Society, he teaches courses in Genetics and the Law, the History of Bioethics, Mental Health Law and the History of Public Health Law. Lombardo is also a member of the Associate Faculty at the Center for Bioethics and Culture of the Sindh Institute for Urology and Transplantation in Karachi, Pakistan, where he teaches a course in Bioethics and the Law. 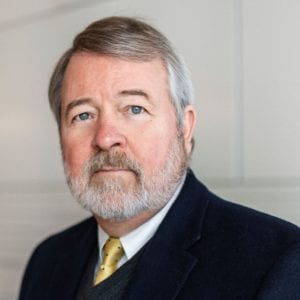