Patty Shewmaker (J.D. ’08), a native of Nebraska, attended the U.S. Military Academy at West Point, New York where she earned a B.S. in political science and was commissioned as a second lieutenant in military intelligence. She deployed as a company commander of a counterintelligence company in support of Operations Iraqi Freedom and Operation Enduring Freedom. Shewmaker received the Bronze Star.

She represents many military service members in family law issues. Shewmaker earned her J.D. from Georgia State University College of Law, where she graduated with honors.

Shewmaker practices in all areas of family law including divorce litigation, modification of custody, alimony and child support, contempt actions and legitimations and paternity suits. Shewmaker is well versed in the special jurisdictional requirements of the Uniform Child Custody Jurisdiction and Enforcement Act (UCCJEA) and the Uniform Family Support Act (UFSA). 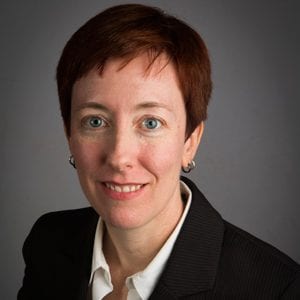