Natsu Taylor Saito joined the College of Law faculty in 1994. She teaches public international law and international human rights; race, ethnicity and the law; seminars on federal Indian law and Indigenous peoples’ rights; and professional responsibility. Saito is currently a faculty affiliate of the Center for Access to Justice as well as the Department of African American Studies.  She has served as advisor to the Asian American Law Student Association, the Latinx and Caribbean Law Student Association, the Immigration Law Society, and the student chapter of the National Lawyers Guild.  Saito became a Distinguished University Professor in 2016 and was appointed a Regents’ Professor in 2021.

Saito’s scholarship focuses on American exceptionalism and international law; the legal history of race in the United States; the plenary power doctrine as applied to immigrants, American Indians, and U.S. territorial possessions; and the human rights implications of U.S. governmental policies, particularly with regard to the suppression of political dissent. The author of three books and about fifty articles or book chapters, her latest book is Settler Colonialism, Race, and the Law: Why Structural Racism Persists (NYU Press, 2020).  She currently serves on the editorial board of the Journal of Law and Political Economy, and the advisory board of the Third World Approaches to International Law (TWAIL) Review.

Saito graduated from Swarthmore College in 1977 and received an M.Ed. from Georgia State University in 1982. She worked as a community organizer for the South DeKalb Community Center from 1977-1980, then taught social studies at Horizons School and English as a Second Language for the Adult Education Department of the Atlanta Board of Education.  After receiving her J.D. from Yale Law School in 1987, Saito worked for Arnall, Golden & Gregory, Troutman Sanders, and Powell, Goldstein, Frazer & Murphy, and taught as an adjunct at Emory University School of Law prior to joining the Georgia State Law faculty.

Saito is a member of the Georgia Bar and has served on the Committee on the Involvement of Women & Minorities in the Profession and the Georgia Supreme Court’s Commission on Racial and Ethnic Bias in the Courts.  In 1993, she  helped found the Georgia Asian Pacific American Bar Association and she has served on the Board of Governors of the Society of American Law Teachers (SALT) as well as the Boards of the Conference of Asian Pacific American Law Professors, the Paideia School, the Metro Atlanta Task Force for the Homeless, and the Leonard Peltier Defense Committee.  Saito was the co-director of the Human Rights Research Fund and has been an expert consultant to the UN Human Rights Council’s Special Rapporteur on Contemporary Forms of Racism.  She is currently a Distinguished Senior Fellow at the Rutgers Law School Center for Security, Race and Rights. 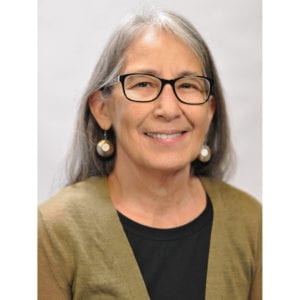