Mo Ivory is an Attorney, Professor of Practice and Director of the Entertainment, Sports and Media Law Initiative at Georgia State University College of Law.

Mo practiced law for many years as an entertainment attorney before focusing her talents in the media industry. You can often see Mo on television networks such as CNN, HLN, MSNBC, Fox, TV One and 11Alive News offering her commentary on news items of the day and specifically on legal cases that have received national attention. In radio, Mo has worked as an on-air personality on both morning and afternoon drive shows for CBS Radio, Radio One, Howard University Radio Network and Sirius XM Radio where she hosted “The Mo Ivory Show”. In Washington D.C while on the air at WHUR 96.3FM, Mo was an Adjunct Professor at Howard University School of Law where she taught Entertainment Law for three years.

Mo is proud to be an enthusiastic entrepreneur having successfully started many businesses. From 2002-2007, she was President and General Counsel of Ivory Properties, a boutique real estate construction and development firm she founded. In 2008, Mo moved back to New York City to serve as Chief of Staff to the Executive Vice President of Warner Music Group. In 2011, she created Ivory Consulting, LLC, a consulting firm offering specialized legal services in the areas of entertainment, marketing and special event representation.

Raised in New York City, Ms. Ivory graduated from Spelman College with a degree in Political Science and earned her law degree from Temple University School of Law.

Mo is member of Georgia & Pennsylvania Bar Associations, Spelman College Alumni Association, Delta Sigma Theta Sorority, Incorporated, the Links, Inc. and Jack and Jill of America. She is Past-President of the PTSA for Maynard Jackson High School and is a former Committee Member of the Atlanta Beltline TADAC. She currently serves on the Advisory Board of the Entertainment and Sports Section of the GA Bar Association, Advisor for Sports and Entertainment Law Society (SELS) and Faculty Board Member of the Committee on Student Communications (CSC) at GSU.

Recently, she was honored at the highest level when a quote of hers was chosen for display in the Smithsonian Museum of African-American History and Culture. That quote about her experience at Spelman College can be seen in the museum’s sports gallery.

Mo and her husband reside in Atlanta and have six children. 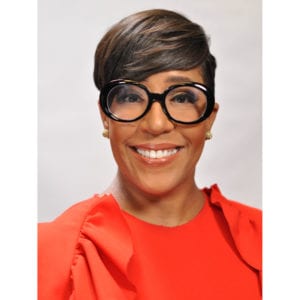