Landau’s J.D. is from the University of Pennsylvania Law School, where he won the Nathan Burkan Memorial Copyright Award, sponsored by ASCAP.  In 2015 he was awarded the “IP Legends Award,” chosen by GSU, GA Tech, the State Bar of Georgia, and the Atlanta Bar.  In 2009,  he was awarded the “Excellence in Intellectual Property Award,” by the GSU IP Advisory Board.  He was a Fulbright Scholar at the IPR Center of the University of Helsinki and a Fulbright Professor of Law at the HANKEN Swedish School of Business and Economics.

Landau is an internationally recognized authority on intellectual property and entertainment law issues. Since Alexander Lindey’s death, since 1991, he has been the author of the eleven-volume treatise, Lindey on Entertainment, Publishing and the Arts: Agreements and the Law, one of the leading reference sets in its field. The Entertainment Law Review called the set “monumental” and “the perfect reference guide for the international entertainment lawyer.” Landau also writes the Copyright and Trademark Sections of West’s Federal Administrative Practice Manual as well as the Annual Supplements to Entertainment Law – Revised Edition.   In addition to his books, Landau has had more than 50 articles and book chapters on topics related to intellectual property, art law, entertainment law, and freedom of expression published in the United States, the United Kingdom, Canada, Finland, and the Netherlands.

Landau also lectures extensively and has presented papers or has been an invited guest lecturer at numerous law schools in the United States, Europe, and Asia including Georgetown, NYU, George Washington, Vanderbilt, Emory, Tulane, Ohio State, Michigan State, the University of London, the London School of Economics, Cambridge University, the University of Edinburgh, the University of Durham, the University of Amsterdam Institute for Information Law, and The International Intellectual Property Law Conference in Hong Kong and Macau.  He regularly speaks for the State Bar of Georgia, Georgia Lawyers for the Arts, and the American Bar Association.

Before he was a lawyer, Prof. Landau was a professional musician. He was also the owner of New York Singing Telegrams and Balloons-To-Go. 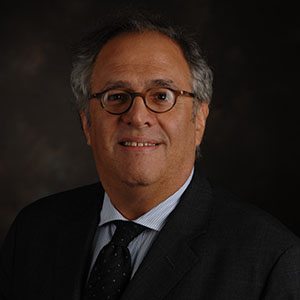