Margaret Middleton, assistant clinical professor and co-director of the HeLP Legal Services Clinic, teaches in the live-client civil clinic, which is a part of an interdisciplinary community collaboration with Georgia State University College of Law, Children’s Healthcare of Atlanta and the Atlanta Legal Aid Society. Middleton holds an adjunct faculty appointment in the Department of Pediatrics at Morehouse School of Medicine. The clinic enrolls law students, medical students and graduate students in the fields of social work, public health and bioethics.

Prior to joining the faculty, Middleton served as the co-founder and executive director of the Connecticut Veterans Legal Center (CVLC). Under her leadership CVLC served over 2,000 low-income veterans recovering from homelessness and mental illness. The Department of Veterans Affairs recognized CVLC as the first medical-legal partnership established with Veteran Affairs, and honored CVLC with its National Community Partnership Award in 2015. Middleton testified before Congress about the need to reform VA’s handling of disability claims stemming from military sexual violence and she helped to lead the effort to secure federal funding for veterans legal services in Congress.

Middleton also paved the way for CVLC to lobby with teams of Yale Law School students to pass legislation in Connecticut to help veterans get treatment instead of jail time for low-level offenses. In addition, this initiative helps veterans transition from the war force to the workforce by properly crediting military training.

In 2017 Middleton co-authored a peer-reviewed article in Health Affairs about the outcome of one of the largest academic research studies of medical-legal partnership. The study, funded by the Bristol-Myers Squibb Foundation, proved that veterans receiving legal help, integrated with VA care experienced improved mental health and reduced homelessness.

Middleton served as a co-instructor and visiting clinical lecturer of the Veterans Legal Services Clinic at Yale Law School from 2010 to 2015.

Following law school, Middleton served as a law clerk to the honorable Janet C. Hall of the United States District Court for the District of Connecticut. Later she became the Thomas Emerson Human Rights Fellow at David Rosen and Associates. 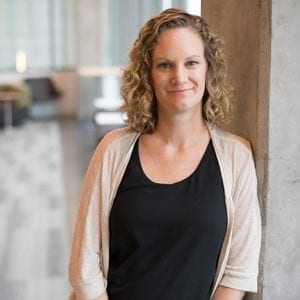