Additional interests: In addition to his teaching interests (Constitutional Law and First Amendment Law–speech, press and religion, National Security Law, and Conflict of Laws, he researches and writes on the Second Amendment, LGBT issues, abortion and assisted reproductive technology (ART).

Law Practice: He is admitted to the bar in Georgia and North Carolina and a retired member of the Arkansas bar. He has argued cases before the Georgia Supreme Court [Alexander v. General Motors, 267 Ga. 339 (1996)]; the Eleventh Circuit Court of Appeals [e.g., Roofing and Sheet Metal, Inc., 689 F.2d 982 (11th Cir. 1982)] as well as lower federal and state courts. While associated with the Southeastern Legal Foundation, a conservative, public interest law firm headquartered in Atlanta, he served in a variety of capacities from 1996 through August 2004 serving twice as its chief executive officer (president, from October 2000 through April 2001; and executive director, from July 1, 2003 – August 31, 2004).

Military Service: He retired in the rank of lieutenant colonel from the United States Army Reserve Judge Advocate General’s Corps in fall 2000 after 21 years of service as an Army lawyer.

Effort to Disbar President Bill Clinton: Hogue played a role in facilitating the professional censure of President Bill Clinton for misconduct in the Jones v. Clinton case, 36 F.Supp.2d 1118 (E.D.Ark.1999). A bar complaint was followed by a pivotal action in the Arkansas Supreme Court, see Hogue v. Neal, 340 Ark. 250 (2000) (mandamus to compel action by the Committee on Professional Conduct); for the ensuing events see Neal v. Clinton, 2001 WL 34355768 (Circuit Court of Arkansas, Pulaski County 2001) (Agreed Order of Discipline; Clinton suspended from the practice of law for five years and fined $25,000); In the Matter of Discipline of Bill Clinton, 534 U.S. 806 (2001) (Clinton suspended from practice in the Supreme Court and ordered to show cause why he should not be disbarred); In the Matter of Bill Clinton, 534 U.S. 1016 (2001) (“Bill Clinton, of New York, New York, having requested to resign as a member of the Bar of this Court, it is ordered that his name be stricken from the roll of attorneys admitted to the practice of law before this Court.”). 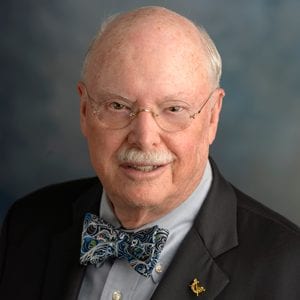