Lauren Sudeall, professor of law, teaches Constitutional Law, Capital Punishment, and Access to Justice: Law Reform. She also serves as founding faculty director of the Center for Access to Justice. Sudeall’s current research focuses on access to the courts, in both the civil and criminal contexts, and how lower-income individuals navigate the legal system to address their needs, either with a lawyer or on their own. Sudeall’s other research interests include the relationship between rights and identity, and the intersection of constitutional law and criminal procedure. Her scholarship has appeared in the Columbia Law Review, California Law Review, Fordham Law Review, Harvard Law Review, Minnesota Law Review, UCLA Law Review, and Yale Law Journal Forum, among other publications.

Before joining the academy, Sudeall clerked for Justice John Paul Stevens on the Supreme Court of the United States and Judge Stephen Reinhardt on the U.S. Court of Appeals for the Ninth Circuit. She then worked at the Southern Center for Human Rights in Atlanta, first as a Soros Justice Fellow and later as a staff attorney.

At the Southern Center, she represented indigent capital clients in Georgia and Alabama and litigated civil claims regarding constitutional violations within the criminal justice system, based primarily on the right to counsel. She is a member of the American Law Institute and serves on the Indigent Defense Committee of the State Bar of Georgia. She has also served on the Southern Center’s board of directors, the ABA Standing Committee on Legal Aid & Indigent Defendants, and as chair of the AALS Section on Constitutional Law.

In 2015, Sudeall received the Patricia T. Morgan Award for Outstanding Faculty Scholarship, and in 2018, she received the Steven J. Kaminshine Award for Excellence in Service. During her time in practice, Sudeall received the Anti-Defamation League’s Stuart Eizenstat Young Lawyer Award and was named by the Fulton County Daily Report as one of 10 “On the Rise” Georgia lawyers under 40. In 2011, she was recognized as one of National Law Journal’s Minority 40 Under 40. 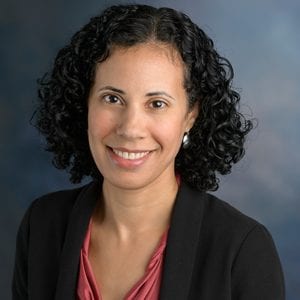