Lauren MacIvor Thompson (Ph.D. ’16) is a historian of early-twentieth century law, medicine, and public health, and serves as the faculty fellow at the Center for Law, Health & Society. She is also a lecturer of history at Georgia State University’s Perimeter College, where she teaches the introductory surveys on United States History and World History.

Prior to returning to Georgia State, she was a visiting assistant professor of history and gender and women’s studies at Kennesaw State University. Thompson’s current research focuses on the intersections of medical authority and expertise, women’s health, and public health policy in the birth control and reproductive health movements. She is working on a book manuscript, Battle for Birth Control: Mary Dennett, Margaret Sanger, and the Rivalry That Shaped a Movement, forthcoming with Rutgers University Press.

Thompson earned her Ph.D. from the Department of History at Georgia State University in 2016, where she was the recipient of the John A. Alexander Memorial Award and the John M. Matthews Distinguished Thesis and Dissertation Award.

Recent publications include “The Presence of a Monstrosity: Eugenics, Female Disability, and Obstetrical-Gynecologic Medicine in Late 19th-Century New York” in the interdisciplinary journal Miranda and “The Reasonable (Wo)man: Physicians, Freedom of Contract, and Women’s Rights, 1870-1930” forthcoming in early 2019 in Law and History Review. She is revising a third article on the connections between reproductive pain and the birth anesthesia movement in the early twentieth century. Her work has been supported by fellowships from the American Philosophical Society, the New York Academy of Medicine, and the Society for the Gilded Age and Progressive Era. 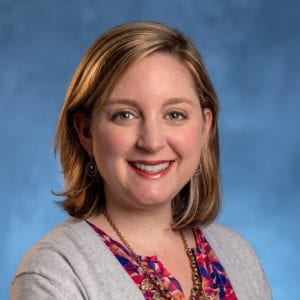