Julian Hill (they/them/he/him), is an assistant professor at Georgia State University College of Law. Hill is a teacher, lifelong learner, community organizer, artist, and attorney who knows that the world we deserve, though both possible and necessary, is not inevitable. His research focuses on how lawyers can leverage corporate, local government and contract law to build a solidarity economy that prioritizes people and the planet over profits.

Hill regularly advises worker cooperatives, collectives, nonprofits, and small businesses on a range of matters, including governance, leasing, and contracts. Hill is also known to partner with community-based organizations to co-facilitate political education and co-develop policies and campaigns. They have facilitated workshops, both in English and Spanish, on worker cooperatives and the solidarity economy with Law 4 Black Lives, the U.S. Federation of Worker Cooperatives, Democracy at Work Institute, and the New York City Network of Worker Cooperatives, among others. He has prepared and delivered testimony before both the New York State Assembly and the New York City Council on issues facing worker cooperatives and small businesses in New York.

Hill joined the College of Law after completing a two-year fellowship as a Clinical Teaching Fellow and Supervising Attorney with the Social Enterprise and Nonprofit Law Clinic at Georgetown University Law Center. Prior to Georgetown, Hill supervised the Capacity Building practice at TakeRoot Justice, a New York City-based nonprofit that uses law, policy, and research to empower grassroots organizing. He transitioned to TakeRoot Justice after advising Latin American companies in a variety of transactions as an Associate at Cleary Gottlieb Steen & Hamilton LLP.

Raised in Kankakee, Illinois, Hill taught high school Spanish in Compton, Calif. with Teach for America. That experience inspired them to launch a business called Yo Hablo, which uses hip-hop to teach Spanish to youth and adults. Hill is licensed to practice law in New York and Washington, D.C. Further, they are a Fellow with the Sustainable Economies Law Center, a member of the Black Lawyers Solidarity Economy Network, and an active member of the American Association for Law Schools. 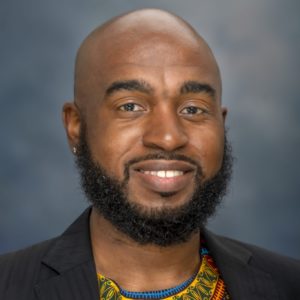