In 2014-15, Julian Juergensmeyer, Ben F. Johnson Chair in Law, celebrated his 50th year of teaching law. He practiced law for two years with Squire, Sanders and Dempsey immediately after graduating from Duke Law School but left the practice to join the law faculty of Indiana University (Bloomington). He left there for additional law study in Europe and law teaching in Ethiopia.

On his return to the United States, Juergensmeyer taught both civil and common law at Tulane University and then had a 30-year stint at the University of Florida before joining the Georgia State Law faculty as its first endowed chair-holder. He also serves as adjunct professor of City and Regional Planning at Georgia Institute of Technology. He is also professor of law emeritus of the University of Florida College of Law where — in addition to teaching — he served as director of the Growth Management Studies Program, the Center for Agricultural Law, the LL.M. in Comparative Law Program, and the Cambridge Warsaw International Trade Summer Law Program.

His teaching and research specialties are land use planning law, property law and comparative land use and environmental law and his books and articles on those topics are nearing 100 in number. They include a co-written treatise/hornbook on Land Use Planning and Development Regulation Law that is widely used by law and planning practitioners and frequently cited by courts including the Supreme Court of the United States.

Juergensmeyer is considered a pioneer in the development of infrastructure finance oriented regulations such as impact fees and has participated in developing growth management and capital improvement programs and litigation in regard to them in over 25 states. In recent years. he has also focused on smart growth regulations designed to encourage use of renewable energy and resource conservation.

As a strong believer in the globalization of law and the legal profession, he has taught and lectured throughout Europe, North and South America, and Africa and has held the title of visiting professor at such foreign universities as the Universities of Frankfurt, Aarhus, Warsaw, Strasbourg, Limoges and British Columbia. His visiting appointments in the United States include Duke, Louisiana State University and Hastings College of the Law. 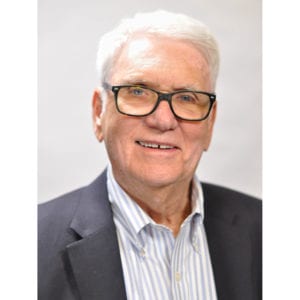