Previously, she was a reporter for several local daily news outlets, a television producer for a local county cable access channel, and a communications manager for several non-profit organizations. Franklin has also worked with lawmakers on Capitol Hill for Bloomberg News. In 2010, she launched an online arts publication alongside her brother, where she serves as the editor and leads the magazine’s college internship program.

Franklin remains active with several non-profit and professional organizations in her free time. She is a former trustee for the National Multiple Sclerosis Society and a Super Crew Volunteer for the organization’s annual events.

Franklin completed two terms as the VP of Digital Media with the Atlanta Association of Black Journalists while leading their digital communications efforts and programming for #AABJDigital, a series of workshops offered to members to educate them on emerging digital trends and tools. In addition, Franklin served as the deputy director of the National Association of Black Journalists Region III chapter. She is also an active member and local organizer for the Online News Association (ONA). 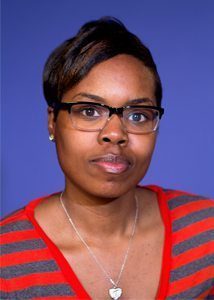