Jason Poulos (B.S. ’92, J.D. ’97) is Assistant General Counsel at Cox Automotive Inc., a wholly-owned subsidiary of Cox Enterprises Inc., where he focuses his practice on domestic and international legal, contracting, regulatory, commercial compliance, and major litigation issues.  Previously, Poulos was Of Counsel at the law firm Weinberg, Wheeler, Hudgins, Gunn & Dial, where, in addition to compliance and investigations, he also focused on commercial litigation.  Prior to that, he spent over 10 years in-house at Georgia-Pacific, where he focused his efforts in global anti-corruption law and compliance, internal investigations, and domestic and international commercial disputes.  He spent the first five years of his legal career at Alston & Bird LLC, where his practice comprised commercial, securities, and ERISA fiduciary litigation and global investigations.

Poulos is a Master in the Bleckley Inn of Court and is also a long-standing member of the Lawyers Club of Atlanta.  He was previously a member of the Atlanta Bar Association, where he served on the board of the Corporate Counsel Section for 5 years and also performed pro bono work with the Atlanta Volunteer Lawyers Foundation’s One Child, One Lawyer program.

He graduated from Georgia State University College of Law in 1997.  During law school, he was an officer of the Moot Court Board and a competitor with the Student Trial Lawyers’ Association.  In 1997, his mock trial team won the Southeastern regional tournament and competed in the national tournament.

Poulos attended both the Georgia Institute of Technology and Georgia State University as an undergraduate, and he received his undergraduate degree in Accounting in 1992.  While attending college, he won a U.S. Congressional scholarship to Germany and spent over a year living, studying, and working there.  He is proficient in German and has been involved in myriad legal and compliance issues in the  German-speaking countries during his career. 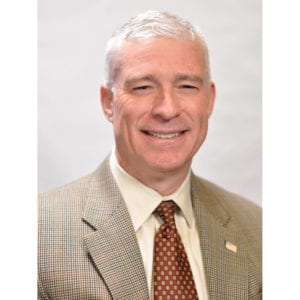