His current research focuses on many cross-disciplinary areas, including tribal law and governance; federal American Indian law; tribal finance and commerce; tribal traditions and cultural practices; tribal police and law enforcement; homeland security and counterterrorism; treatment of debt in varied cultures throughout history; ancient exchanges and markets; antiquities laundering; protection of cultural heritage and property in armed conflict; energy & natural resources; sharia-compliant business transactions; forensic accounting; and gaming and sports law & management.  He also serves as an Adjunct Professor at St. John’s University School of Law in New York City, and has been a visiting professor at Cardozo Law School, University of Georgia, New York Law School, and St. John’s University.  Additionally, Williams is a team leader in Restructuring and Consulting Services with Baker Tilly Virchow and Krause, LLP, an international public accounting firm.  He has held the position of tax advisor to the National Bankruptcy Review Commission (NBRC) and chair of the Tax Advisory Committee to the NBRC.

Williams has served as an instructor to attorneys in the Office of Chief Counsel, Internal Revenue Service (“IRS”), as part of the New York University School of Law/IRS Continuing Professional Education Program; to attorneys in the United States Department of Justice; to attorneys and other professionals in the Office of the United States Trustee; to attorneys and enforcement personnel at the Securities and Exchange Commission and Environmental Protection Agency; and to law enforcement at the Federal Law Enforcement Training Center.  He has also testified before the United States Congress, including House and Senate committees and subcommittees.  He is a Certified Insolvency & Restructuring Advisor (“CIRA”) and a Certified Turnaround Professional (“CTP”), and holds the Certification in Distressed Business Valuation (“CDBV”).  He was awarded the Kroll Zolfo Cooper Randy Waits Award – Gold Medal for the highest score on the national CIRA examination.

Williams is the Association of Insolvency and Restructuring Advisors Scholar in Residence. He also served as the inaugural Robert M. Zinman ABI Scholar in Residence in 2001 and returned to that post in 2008. In 2009, Williams was recognized by the ABI with its Annual Service Award (2009), honoring the ABI member whose contributions over the past year have been extraordinary. He is a Fellow in the American College of Bankruptcy and a Fellow in the Bankruptcy Policy Institute at St. John’s University School of Law.  Williams has also been appointed an Academic member of the Maritime Law Association of the United States.

Williams has written over 18 books and 200 articles and essays.  He is a frequent lecturer and is regularly quoted on television, radio, and in the print media.  Dr. Williams has appeared as a guest on Lou Dobbs on CNN and FoxNews, Neil Cavuto on FoxNews, CBS, NBC, MSNBC, NPR, BBC, Bloomberg, Dateline, Weekend Today, and CNN, and has been quoted in newspapers, including the Washington Post, New York Times, Wall Street Journal, Los Angeles Times, Atlanta Journal Constitution, Chicago Tribune, Boston Globe, Dallas Morning News, and many regional and local papers.

He has been appointed by successive Governors and confirmed by the Georgia Senate to the State Board of Human Services. As a member of the board since 2009, he provides stewardship and oversight to the Department of Human Services with more than 10,000 employees and an annual budget in excess of $2 billion. 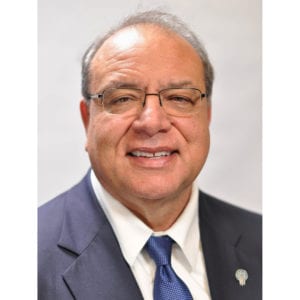