Gerry Weber served for 17 years as legal director of the American Civil Liberties Union of Georgia litigating significant issues of constitutional law. In addition to a private constitutional law practice, Weber serves as a senior staff counsel at the Southern Center for Human Rights and is also an adjunct professor at Emory University School of Law and Georgia State University College of Law in constitutional litigation and the First Amendment. He clerked for the Chief Judge Carolyn Dineen King of the U.S. Court of Appeals for the 5th Circuit.

Weber was named one of the “21 Young Lawyers Leading Us Into the 21st Century” by the American Bar Association and “Top 40 Achievers under 40” by Georgia Trend Magazine.

Weber has litigated against federal, state and local governments and agencies and some of the largest corporations in the United States. He has worked to strike down numerous laws ranging from state restrictions on the internet to state laws barring fornication and sodomy. He also has chalked up one of the largest monetary awards in the history of the State of Georgia – a $440 million judgment in an international human rights case against a Serbian government torturer. 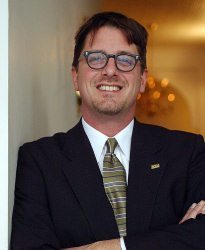