E. R. Lanier, professor of law, hails from North Carolina, but moved to Georgia as a child. He completed his preparatory education with the Franciscan Friars at St. John’s Seminary in Montour Falls, New York, in 1962 and in 1965 received his B.A. in history from the University of North Carolina at Chapel Hill. In 1968 he took the J.D. at Emory University and a certificate in International Law from City of London College in England, following which he attended the Naval Justice School in Newport, R.I.

Lanier was admitted to the State Bar of Georgia in 1968. Later, in 1984, he received his M.Sc. from Georgia State University. He was awarded the LL.M. at the University of Georgia in 2004, where his thesis addressed the history of arbitration law in Georgia from colonial times until the present. His M.A. in history from Georgia College & State University was awarded for his thesis addressing the evolution in Georgia of the constitutional principles limiting secular court intervention in church property disputes.

He is a colonel in the U.S. Marine Corps Reserve and, during the late 1960’s and early 70s, he saw active duty in Europe, the United States, and Asia, where he was awarded the Bronze Star Medal with Combat for service in the Republic of Vietnam. Returning home, he practiced law in Atlanta with the firm of Gambrell, Russell, Killorin, Wade & Forbes until he established a firm in Buckhead in the early 1970s. His affiliation with Georgia State University began in the mid-1970s when he taught as an adjunct instructor in the College of Business Administration, joining the full-time faculty in that college in 1977. With action by the Board of Regents to establish the law school at Georgia State in 1981, he became active in assisting Dean Ben Johnson in the organization of the  school, joining its faculty as an associate professor of law in fall 1982. He has been with the College of Law since that time, serving as interim dean during the period 1985-1986 and as associate dean for development in 1986-1987.

Active in the fields of procedure and international and comparative law, Lanier has served as visiting professor at a variety of schools abroad, including the University of Bielefeld in Germany (1978-1979); Westminster College (Oxford, England, 1983); the Ecole Superieure de Commerce de Paris (Paris, France, 1983); the University of Warsaw (2000; 2004); and the University of Linz in Austria, where he appeared intermittently throughout the 1990s.

Lanier was the director of the Summer Academy in International Commercial Arbitration, a cooperative educational venture emphasizing international commercial arbitration co-sponsored by the College of Law and Law Faculty of the University of Warsaw, Poland. In 1994, in recognition of his extensive background and activity in international and comparative law, Lanier was named an associate member of the International Academy of Comparative Law headquartered in Paris. He was elected chair of the Section on International Legal Exchange of the American Association of Law Schools for the year 2003-2004.

Lanier teaches a variety of procedural and international courses at the College, including Civil Procedure, Remedies, Georgia Practice & Procedure, International Moot Court, and the Seminar on Georgia Legal History.

Lanier’s leisure activities reflect his professional interests. He is vice president of the Georgia Legal History Foundation and board member of the Institute for Continuing Legal Education in Georgia. He serves as a member of the National Legal Advisory Board of the Orthodox Church in America. 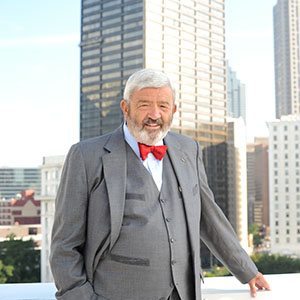