Christopher W. Timmons is commercial litigator and trial attorney at Poole Huffman, a midsized metro Atlanta litigation boutique law firm. His practice focuses on trying cases to juries either as chief counsel or in a supporting role for other attorneys, including consulting on jury selection and trial strategy. He also is an expert in Georgia R.I.C.O. (Racketeer Influenced and Corrupt Organizations) law.

Timmons has tried more than 100 cases, including 60 jury trials, almost all as sole or chief counsel. Timmons tried the first federal civil jury trial in Georgia after the 2020 COVID pandemic shutdown. His trial experience includes RICO, employment, opioid, gambling, police brutality, and public corruption cases. He has argued multiple cases before the Georgia Court of Appeals and the Georgia Supreme Court.

Prior to joining Poole Huffman, Timmons was a prosecutor for over 17 years working in DeKalb and Cobb Counties. In DeKalb, Timmons served as a Deputy Chief Assistant District Attorney and headed the Organized Crime Division, which included the White Collar, Public Integrity, and Gang Units. In Cobb County, he was an Assistant District Attorney on the trial line and served as the first specialized White Collar prosecutor. He has prosecuted all types of criminal cases from minor traffic offenses to murders.

Prior to becoming a prosecutor, Timmons was an associate at King & Spalding in Atlanta and Taft, Stettinius & Hollister in Cincinnati. He earned his B.A. from Miami University in 1993 and his J.D. from Vanderbilt in 1996. He is married to Professor Kelly Timmons. 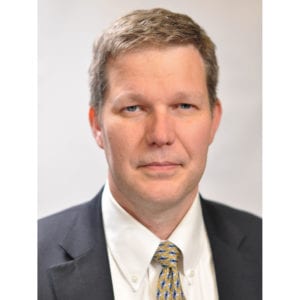