Charity Scott is Professor of Law Emerita and was the Catherine C. Henson Professor of Law before her retirement in June 2020.  She held her primary faculty appointment with the College of Law and held secondary faculty appointments in the School of Public Health and J. Mack Robinson College of Business, Institute of Health Administration. She was the founding director (2004-2014) of the Center for Law, Health & Society in the College of Law.  Since starting at Georgia State Law in 1987, Scott has taught various courses on health law and policy, bioethics, tort law, negotiation, mediation, and mindfulness.  Her most recent course, which she continues to offer, is called The Reflective Lawyer.

Scott has received numerous grants, awards and recognitions. She served as lead faculty and program director for launching a national faculty fellowship program in public health law education, which was funded by the Robert Wood Johnson Foundation for the 2014-15 academic year. She is an elected member of the American Law Institute.  Scott was awarded the Health Law Community Service Award by the American Association of Law Schools’ Section on Law, Medicine, and Health Care in 2018. In 2016, she received a community service award for “Vision, Inspiration, and Resourcefulness in the Creation of the Health Law Partnership.”

In 2015, Scott received the College of Law’s David J. Maleski Award for Teaching Excellence. She was the 2010 recipient of the Heroes in Healthcare Ethics Award, presented by the Health Care Ethics Consortium of Georgia. In 2006, she received the Jay Healey Distinguished Health Law Professor Award, presented by the American Society of Law, Medicine & Ethics. In 2004, she received the Exceptional Service Award presented by Georgia State University to a faculty member for exceptional discipline-related service. She has also been recognized as Professor of the Year by the college’s Student Bar Association.

Scott is active in professional organizations including the Health Law Section of the American Bar Association, and has served as a member of its governing council. She initiated and was the first chair of its Task Force on ADR and Conflict Management in Health Care. She has chaired the Health Law Section of the State Bar of Georgia and for many years was the editor of its publication on federal and state health law developments.

Scott has been instrumental in developing programs at the College of Law to support law students’ health and well-being.  She has offered an annual mindfulness training program for law students since 2015, and has developed other wellness programming at the college.  She is a frequent speaker on mindfulness in law and publishes on this topic.

Scott was a founding leader in the educational and community outreach project known as the Health Law Partnership (HeLP) in metropolitan Atlanta. Established in 2004, HeLP is an innovative, interdisciplinary community collaboration among Georgia State Law’s Center for Law, Health & Society, the Atlanta Legal Aid Society, and Children’s Healthcare of Atlanta. HeLP’s mission is to improve the health of low-income children and their families through on-site legal services clinics at Children’s hospitals and to foster interdisciplinary practice and education between the legal and health-related professions. By combining the health care expertise of hospital professionals with the legal expertise of attorneys, HeLP is a medical-legal partnership that provides a coordinated and integrated set of services to address the multiple determinants of low-income children’s health. Scott also was the founding director of the HeLP Legal Services Clinic for law and health-related graduate students, serving in that capacity for five years (2005-2010). 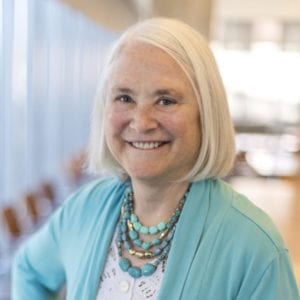