Carolina Antonini (J.D. ’96) is a native of Venezuela. She immigrated to the United States in 1979, and subsequently received a bachelor’s and J.D. from Georgia State University.

Prior to becoming an attorney, Antonini worked as a social worker and as program director for the Catholic Archdiocese of Atlanta and the St. Vincent de Paul Society developing and providing services for Georgia’s indigent immigrant community. She also created and conducted cultural sensitivity seminars for service providers and law enforcement personnel, as well as health, legal, and social seminars for the immigrant community.

As an attorney, Antonini worked in the legal clinic of Catholic Social Services where she represented indigent immigrants in international human rights and immigration matters. She is a partner in Antonini and Cohen Immigration Law Group. Antonini has participated as instructor and panelist in numerous legal workshops for attorneys and in many “know your rights” seminars for the immigrant community (including the Georgia Hispanic Chamber of Commerce’s Latino Law School, The State Bar of Georgia, The American Immigration Lawyers Association and the Institute of Continuing Legal Education).

As a well-known community educator, Antonini has appeared in a variety of media programs such as CNN’s “Robin and Friends” and “From the Top”, NPR’s “Latin Beat,” “The Layman’s Lawyer,” and “Leyes Cotidianas.” She is a constant and reliable source to Atlanta area newspapers who frequently publish her remarks about current immigrant issues and immigration policy.

In 2001, Antonini was named Judge Pro Hac Vice for the City Court of Atlanta, becoming the first Latina judge to sit on the bench in Georgia’s history. In 2004, she also became an adjunct professor at Georgia State Law, where she teaches immigration law to juris doctor candidates. Antonini has a successful immigration practice focusing on deportation defense, detention, asylum/human rights, family immigration, domestic violence and consular issues. 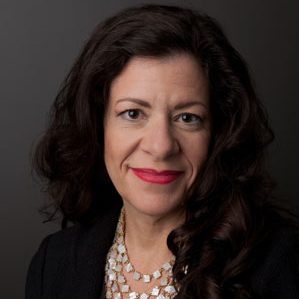