Carl Lietz is a partner with the Atlanta trial practice firm of Finch McCranie, LLP, where he specializes in defending individuals and entities in federal criminal matters in the white collar area.  After graduating from Vermont Law School in 1995, Carl clerked for U.S. District Court Judge Sharon Lovelace Blackburn of the Northern District of Alabama, and U.S. District Court Judge Orinda D. Evans of the Northern District of Georgia.

Early on in his career, Carl worked as a trial attorney at the Federal Defender Office in Atlanta. During his five-year tenure in that office, Carl tried a significant number of federal jury trials, litigated hundreds of evidentiary and sentencing hearings, and argued cases before the U.S. Court of Appeals for the 11th Circuit.

After leaving the Defender Office over a decade ago, Carl has continued to devote his career to the defense of individuals facing or dealing with federal charges.  But like all trial lawyers, Carl is comfortable handling any matter – whether criminal or civil – that may ultimately get resolved in the courtroom.  In addition to working as a member of the Adjunct Faculty here at GSU, Carl is a frequent lecturer at national and regional seminars pertaining to federal criminal law. 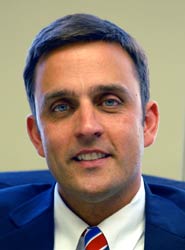