Caren Myers Morrison, associate professor of law, teaches Evidence and Criminal Procedure. She served as an assistant U.S. attorney in Eastern District of New York from 2001 to 2006, where she prosecuted international narcotics traffickers and organized crime. Her research focuses on the impact of electronic information on the criminal justice system and on mechanisms of jury selection.

Morrison graduated from Columbia Law School, where she was a James Kent Scholar (1996-97), a Harlan Fiske Stone Scholar (1994-96), and a notes editor of the Columbia Law Review. After graduation, she clerked for U.S. District Court Judge Eugene H. Nickerson of the Eastern District of New York and for Judge John M. Walker Jr. of the U.S. Court of Appeals for the 2nd Circuit. From 2006 to 2009, she was acting assistant professor at New York University School of Law. Before law school, Morrison trained as a journalist at London’s City University and worked as freelance journalist in London for seven years.

Morrison’s most recent article, “Negotiating Peremptory Challenges,” forthcoming in the Journal of Criminal Law and Criminology, proposes a system of negotiated consent to supplant the regime of regulating peremptory strikes through the framework established under Batson v. Kentucky. Her previous articles have explored the impact of the Internet on the functioning of the jury, the interplay of Facebook and the Fifth Amendment, the ways in which online access to court records affects prosecutorial accountability and the use of drones for domestic surveillance. Her articles have been published in the Vanderbilt Law Review, the Hastings Law Journal, the California Law Review Circuit and the Columbia Law Review Sidebar. 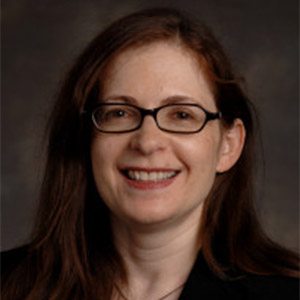