Marking the 50th Anniversary of the Coastal Marshlands Protection Act 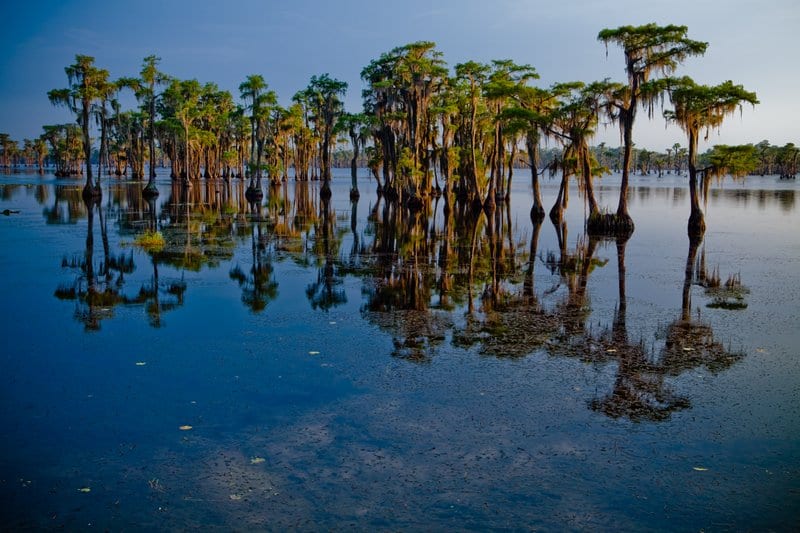 Last year marked the 50th anniversary of the passing of the Coastal Marshlands Protection Act (CMPA) in the Georgia State Legislature. The law provides sweeping new protections for the marshlands, preserving them as a valuable resource in their own right. It was written in the wake of the environmental movement and in response to requests by businesses to dredge Georgia’s coastal marshlands for phosphate reserves. The provisions in the CMPA stringently limit both commercial and governmental development of the marshlands, including everything from resource harvesting and infrastructure development to the building of recreational docks on private property. While it has faced its fair share of challenges over the decades, the CMPA has largely held bipartisan support in its mission to protect Georgia’s coast.

On March 8, the Georgia State University chapter of the Environmental Law Society, in conjunction with the Center for the Comparative Study of Metropolitan Growth, hosted a panel discussion to commemorate the 50th anniversary of the CMPA and discuss new challenges that may need to be addressed in the era of climate change. The guest speakers included: Bill Sapp, Senior Attorney at the Southern Environmental Law Center specializing in wetlands and coastal issues; Gordon Rogers, Executive Director of Flint Riverkeeper and a former marine biologist with the Georgia Department of Natural Resources; and Don Stack, founder of Stack & Associates, P.C., an environmental law firm in Atlanta and Savannah.

The panelists provided a brief history of the CMPA and the provisions that outline how the marshlands are to be protected before discussing development issues not covered or creatively bypassed by the CMPA. The first development issue discussed was the construction of long docks, or private docks that stretch up to a mile across the marsh from the owner’s property to the nearest river or inlet. One of the goals of the CMPA was to reduce the amount of private docks being constructed and instead promote the construction of marinas where multiple boats could be docked in a central location with a smaller environmental impact. However, long docks can legally be built after obtaining CMPA permits. Long docks can cause extensive damage to the marshlands they cover by blocking sunlight and killing native grasses. Additionally, they crowd Georgia’s rivers and estuaries.

Another issue that was discussed was the use of bulkheads, large wooden buffers along coasts and marshlands that protect against erosion. The CMPA does not prohibit the use of these man-made buffers, however, they often cause more harm than good. Over time, the sand and silt under the bulkheads erodes due to battering from waves and currents, and the problem of erosion is greatly exacerbated. Sapp and Stack stressed the need for stronger legislation against the use of these man-made buffers, calling instead for natural erosion buffers such as marsh grasses and living shorelines that include oyster beds and estuaries.

Lastly, the speakers discussed the protection of Georgia’s marsh hammocks, pockets of trees and other tall plants that provide sanctuary for wildlife amid development and habitat loss. Rogers participated in a biological survey of these hammocks several years ago and noted their positive impacts on Georgia’s marshland ecosystems. Marsh hammocks provide roosting grounds for native birds and safe hatcheries for fish and reptiles, while protecting the coast from storm surges and other natural disasters. The CMPA does not explicitly protect these natural sanctuaries, but the Georgia Department of Natural Resources has established a Coastal Marsh Hammock Advisory Council to assess the importance of these hammocks and address mounting development pressures. All three speakers agreed that marsh hammocks should be included in the protection offered under the CMPA.

To learn more about the history of the CMPA, Sapp directed participants to Paul Bolster’s recently published book, “Saving the Georgia Coast.”