A Saturday Experience in Intellectual Property 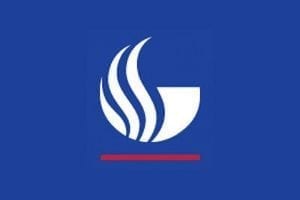 As told by Kianne Nicholson

I arrived at the College of Law around 7:45 a.m. and I was both excited and confident about the information I would learn during the day. While securing my cup of coffee, I spoke to Professor Ivory about my responsibilities for the day. I then headed to the atrium to greet the incoming guests and to direct them to the auditorium where the first part of the day would be taking place.

In the first session, Professor Heled addressed intellectual property rights and the importance of getting advice from a lawyer when initially starting your business in order to avoid issues later on.

I had the pleasure to meet a few of the members of Georgia Volunteer Lawyer Foundation Association (GVLF) when welcoming them in the lobby and they made up the panel for “Live Legal Q&A for Creatives.” During the session, participants were able to ask pressing questions about personal dilemmas within the creative space and the best practices to overcome those challenges. GVLF provides legal services for a free or discounted rate to creatives who otherwise would not be able to afford legal services.

During the lunch session, the panel that included Ludacris, spoke specifically about creating content in the State of Georgia and continuing to build the infrastructure for creatives to be able to sell their work and make deals within the state.

The workshops and the networking after lunch were held in the CMII building which is a short walk from the law school. The panel for Film and T.V. that was moderated by attorney Lee Morin, talked about next steps after writing a script. Panelists emphasized the importance of having a defensible chain of title, understanding content ownership, and having conversations early on about creative control when collaborating with other artists. Panelists also discussed the lawyer’s job of managing liability, being realistic when trying to protect your work through nondisclosure agreements, and forward thinking to get projects originated in Atlanta and to meet the global demand for content.

The last workshop I attended was the “Content and Emerging Technology” which was truly insightful since I do not know too much about the gaming industry. The panelists explained the emerging opportunities in the technology space including creation of content for video games and privacy laws/regulations surrounding data. In addition, they discussed the notice published by the United States Patent and Trademark Office (USPTO) seeking comments as to whether the work of artificial intelligence would qualify as a work of authorship to be protected by copyright law. I am curious as to the outcome and will be following this to see if this regulation is adopted by the USPTO.

Overall, the Intellectual Property Essentials for Creatives was an event filled with the opportunity to learn new information, to network with professionals working in the creative space, and to look ahead to the future of the entertainment industry.