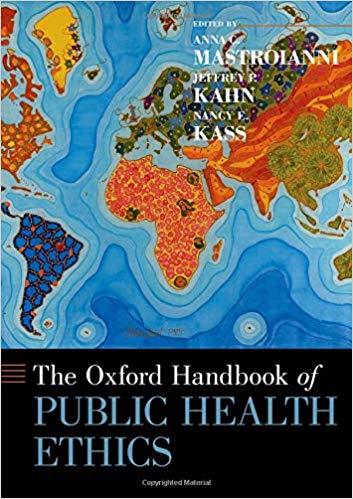 Leslie Wolf, interim dean and director of the Center for Law, Health & Society, and Stacie Kershner, associate director of the center, co-wrote the chapter “The Intersection of Law, Ethics, and Public Health in the United States.”

“Law outlines the limits of what public health actions are permissible, but often this leaves an array of possible options,” said Kershner. “Public health practitioners must use transparent, ethical decision-making processes to narrow down the range options and identify the most appropriate way to move forward.”

Paul Lombardo, Regents’ Professor and Bobby Lee Cook Professor of Law, wrote the chapter, “Eugenics and Public Health: Historical Connections and Ethical Implications,” which explores the intertwined relationship between public health and eugenics, particularly during the first half of the twentieth century.

“Public health and eugenics were both grounded in achieving the greatest population health through ‘justified’ governmental infringement on individual rights,” said Lombardo. “This dark history needs to be considered in light of public health genetics today to ensure that new technologies aren’t used for discrimination against minorities, the poor or people with disabilities.”

The book is available from Oxford University Press.